We also run a WordPress plugin that integrates Markdown in the block editor. For more information, check out Ultimate Markdown.

Speed up you workflow with Markdown

Markdown is a lightweight and easy-to-use syntax for creating HTML. Let’s see some of the advantages of using this emerging format with the Import Markdown plugin:

At this time there isn’t a clearly defined Markdown standard and different implementations are currently used on the web. For this reason this plugin doesn’t force you to adopt a specific Markdown syntax, but instead allows you to select your favorite parser between the five available.

In the Import Markdown options you will be able to selected one of these five parser. In this list for each parser you have a reference to the supported syntax.

This plugin make use of the following resources:

The name “Markdown” is used with the only purpose of making clear to the users the type of syntax supported by this plugin. You should not assume that the original author of the “Markdown” syntax, defined in 2004 with this post, endorses this plugin. 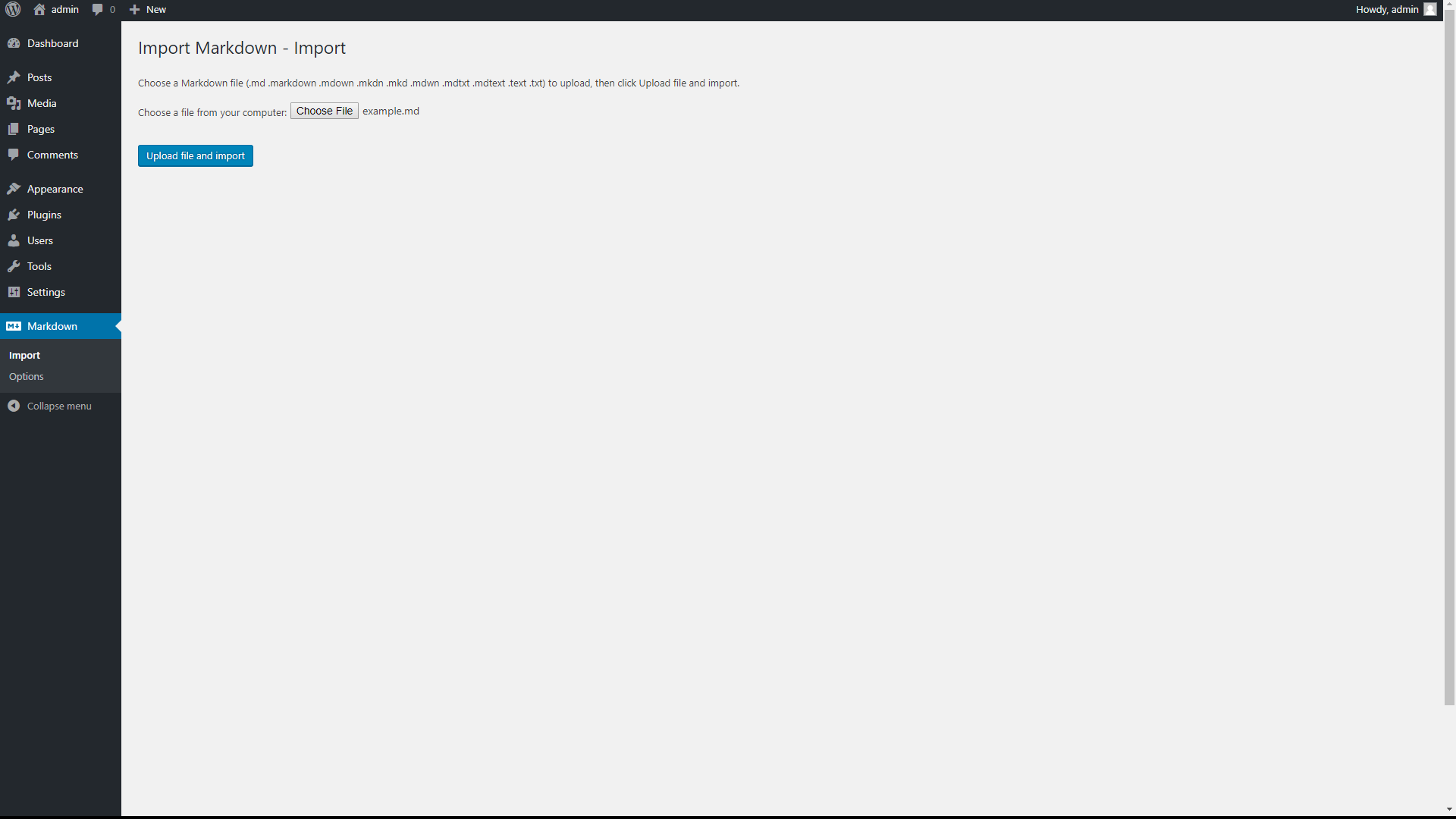 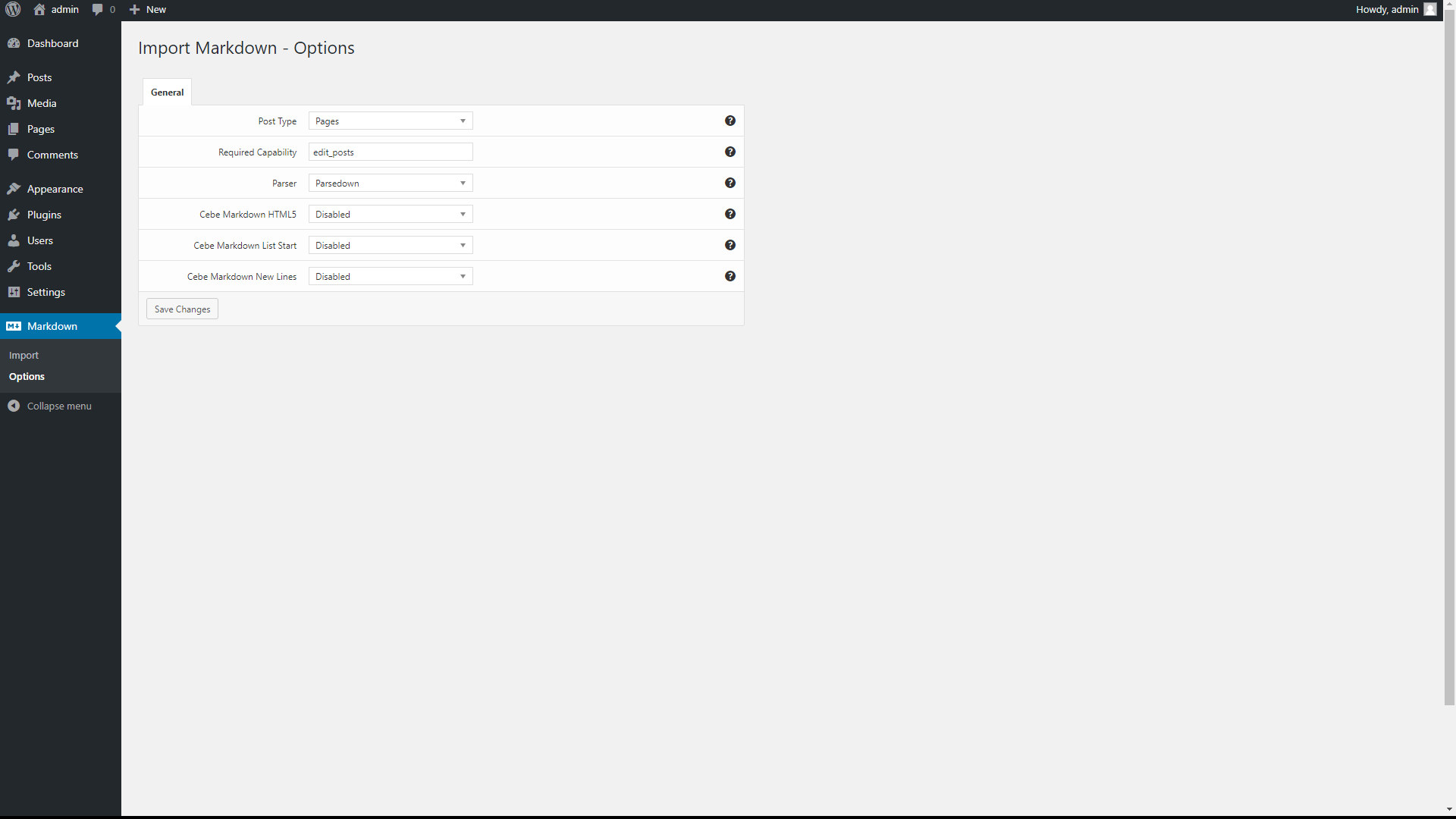 With this procedure you will be able to install the Import Markdown plugin on your WordPress website:

With this procedure you will be able to perform a Network Activation:

With this procedure you will be able to perform a Single Site Activation in a WordPress Network environment:

Which versions of PHP are supported?

Which extensions are supported for the Markdown files?

The following file extensions are supported: